Things to do on Memorial Day > Virginia Beach

10 Popular Things to do in Virginia Beach on Memorial Day

Did you know that Virginia was the first established European settlement in the United States? It was right here at First Landing State Park in 1607 that 100 English settlers landed. This 2,888-acre park not only has 1.25 miles of beachfront but there are 19 miles of walking trails through protected salt marsh habitat. As the most visited park in all of Virginia, it is not to be missed.

First Landing State Park in VA Beach is beautiful and a perfect day trip for hiking or biking with the family on Memorial Day. There are freshwater ponds and picturesque swamps. There is a great visitor center here with museums and interpretive centers telling visitors of the history of both the pilgrims and Native Americans. After you’ve had a good hike and learned about history, you can spend some time on the beach enjoying a beautiful sunset at the dunes.

The Back Bay National Wildlife Refuge is a bird lover’s heaven. Kayaking through the backwaters is a relaxing experience away from all the hustle and bustle.

It features more than 9000 acres of refuge and is the perfect place to spend an afternoon if you want to get away from the busy beach on Memorial Day and bask in the tranquility of nature.

We spotted bald eagles and sea birds during our hour-long and relaxing trip through the National Wildlife Refuge while taking in the view. The tour ended at the restaurant Blue Pete’s, a local favorite specializing in seafood dishes.

When we went looking for the ultimate adventure on your Virginia Beach vacation during Memorial Day, we didn’t expect to have one of the greatest adventures we’ve had in our travels. Virginia Beach’s Military Aviation Museum not only offers a tour of dozens of classic planes from World War I and II but they give you the opportunity to fly in one! Visitors to the center can fly with a genuine pilot in a World War II biplane.

We met Captain Rober ‘Boom’ Powell at the runway and donned our flight suits for our 15-minute flight over the area where he showed us the old runways left over from WWII. Biplanes cannot take off in high crosswinds. Back then the runways were set up crisscrossing each other so the pilots could take off in any direction.

After all, war doesn’t wait for wind. It was a thrill of a lifetime as Boom dove through the air and did maneuvers as the wind ripped through my helmet. Yes, we actually wore leather helmets just like the fighter pilots of World War II. This is definitely one of the best things to do in Virginia Beach. Check out more of the amazing history of Virginia Beach.

If you want to feel like a kid again, and you are looking for some adventurous things to do in Virginia Beach on Memorial Day then the Adventure Park at Virginia Aquarium is a fun way to get the adrenaline pumping. Dave and I love doing via ferratas when visiting Europe. The high ropes at the Adventure Park are as close as you’ll get to the thrill of scaling a mountain.

Don’t worry if you don’t have experience on high ropes, guides will show you how to lock your harness to the cables keeping you safe and sound. There’s no possible way to unhook once you are on the course so you are free to try any obstacle you choose. The climb is a ton of fun as you cross cable bridges and pull yourself along opens spans on surfboards.

If you are visiting with the family on Memorial Day then one of the top Virginia Beach attractions you will want to catch is the Virginia Museum and Marine Science Center. Located on General Booth Boulevard and with over 300 species which include Otters, seals, and loggerhead turtles, the family will have plenty to keep them interested. There are also themed exhibits as well as the Habour Seal Exhibit that you will not want to miss.

When it comes to VA Beach tourist attractions this has to be on the top of the list on Memorial Day visit. Virginia Beach’s boardwalk stretches 3.4 miles along the Atlantic Ocean and features a ton of restaurants, shops, and entertainment. The Virginia Beach oceanfront is the perfect place for a nighttime stroll or you can grab yourself a bike and use the dedicated bike lane to explore the beach.

Don’t forget to stop at the King Neptune statue. This 34-foot tall bronze statue is hard to miss as it overlooks Neptune Park at 31st Street and Atlantic Avenue. Admire the detail that went into it and snap a picture to share on your social media!

If you have a car, make sure to drive over the Chesapeake Bay Bridge Tunnel. It is a huge bridge spanning 17,2 miles connecting Virginia Beach to the Eastern Shore. This bridge is considered one of the 7 man-made wonders of the world, so it is not to be missed during Memorial Day visit. It takes about 25 minutes to cross and there is a stop where you can take in the sights and see the Navy Ships heading out to sea.

One doesn’t usually go to a museum when visiting a beach town, but the Virginia Museum of Contemporary Art is a great afternoon trip on Memorial Day. If you are interested in expanding your modern art knowledge, this is a superb stop. The museum fosters awareness, exploration, and understanding of the significant art of our time. Exhibitions change regularly.

When we visited the exhibit “Mindful: Exploring Mental Health Through Art” was the cornerstone display where exhibitions used art to showcase insights and opportunities to change lives. It was moving and inspirational all at once.

One of the most interesting lighthouses you've ever visited was the Cape Henry Lighthouse. What makes this unique is that it is located in the middle of an operating military base. Located within Fort Story Military Base, you’ll have to show ID and they’ll search your car before letting you into a very restricted route to the lighthouse.

There are two lighthouses at Cape Henry, the newer modern structure aptly named the New Cape Henry Lighthouse, and the Old Cape Henry lighthouse. The latter was the very first first-ever federally funded lighthouse, fully completed, and lit by George Washington and the U.S. federal government. It makes sense that it is a National Historic Landmark.

The Old Lighthouse was in use for about 100 years before it was replaced by the newer one nearby. Make sure you take the time to head up and get a great view over the Chesapeake Bay while you are there during Memorial Day.

Go On A Brew And Distillery Tour

Microbreweries are popping up all over VA beach and there are plenty of places to sample the local ale. Some are within walking distance from Virginia Beach and others are located out at Chesapeake Bay. The good news is there are free shuttles that take you out to the bay so you don’t have to drive.

The top choices for samples and brewery tours in Virginia Beach are Back Bay Brewery, Green Flash Brewery, Chesapeake Bay Beach, Commonwealth Brewing Company, and Pleasure House Brewing. Now that’s a lot of microbreweries. Another interesting stop is a tasting at the Chesapeake Bay Distillery where you can sample their vodka.

Take a guided tour of the ViBe Creative District is a fun way to explore the murals of this funky district. See what inspired each artists’ with their stories and passions followed by sampling the craft brews at Vibrant Shore Brewing Company. 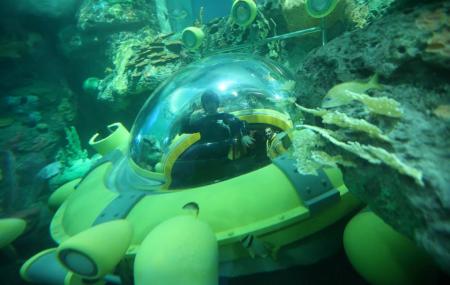 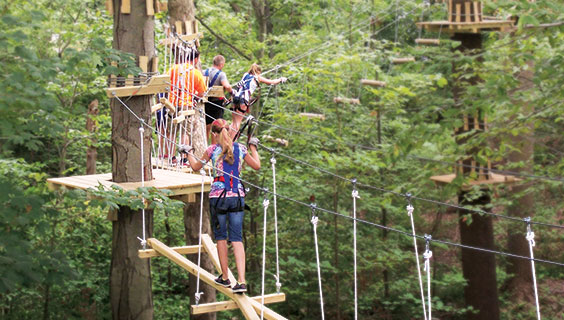