Things to do on Memorial Day > Savannah

7 Famous Things to do on Memorial Day in Savannah 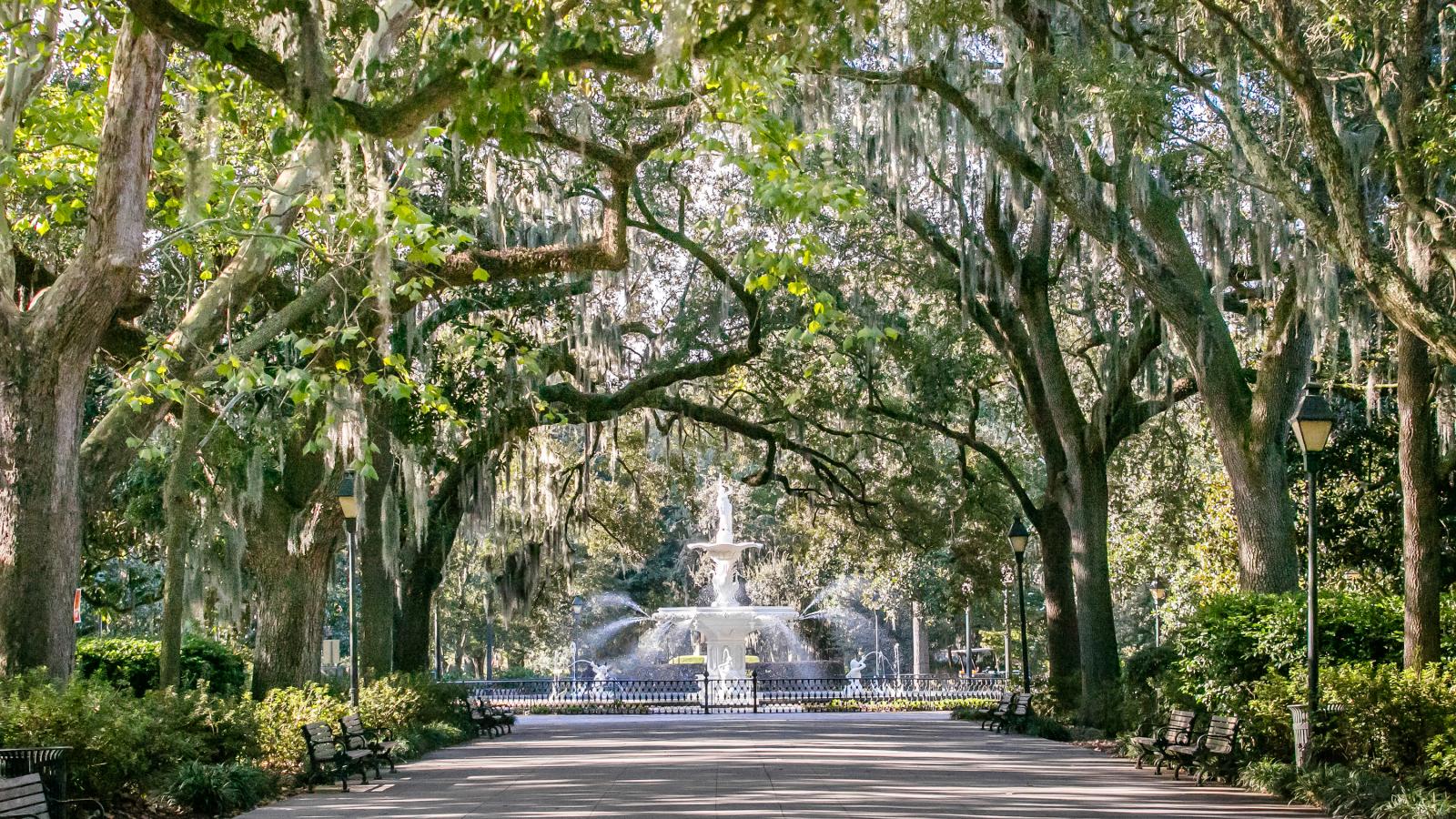 Home of famous Forsyth Park, Old Savannah Trolley Tours, City Market and lots of things to do on Memorial day in Savannah. We've compiled some of the best things to do in Savannah on this Memorial Day holiday.

The historic district of Savannah is beautiful enough all on its own, but Forsyth Park definitely adds to the charm.

A beautiful, green, lush landscape, it’s popular with both tourists and locals alike, and you’ll find 30 acres of trees, flowers and other foliage.

There’s also nearly always something going on here, from the open air concerts, to a farmer’s market that’s open every Saturday.

Forsyth Park is also home to one of the most photographed spots in all of Savannah — the huge, gorgeous fountain is totally Instagram-worthy.

You won’t want to miss it during your visit on Memorial Day.

On Memorial Day, explore the best-known locations around Savannah’s historic district, on this hop-on, hop-off trolley.

This is a great option if you’re in the city for a limited number of days, and want to cram as much sightseeing as possible into just an afternoon.

The trolley covers 22 squares, and shows off some of Savannah’s prime landmarks, like the Cathedral of St.

John the Baptist, the Temple Mickve Israel, the Sorrel Weed House, the Juliette Gordon Low Home, the Mansion of Forsythe Park, the Mulberry Inn and the Pirates House.

There are 15 different stops, and you can hop off the trolley whenever you want to go exploring, and you can be assured that another one will be right there to pick you up, nearly whenever you like, as they come around every 15 to 20 minutes.

Easily within reach of all your sightseeing in Savannah, the City Market is four blocks of open air shopping, all surrounded by restored warehouses with tons of cute extra shopping, plus dining and art.

There are plenty of open air concerts in the square as well, and it can be a great stop for just sitting and people watching.

Do keep in mind, though; the market is home to a few bars, and so you may find that the evening crowd gets a little rambunctious.

If you’re visiting with the kids, make sure to stop by in the morning or early afternoon on Memorial Day.

If you’re an architecture guru, you probably already know of this Savannah staple, but even if you’re not, if you can appreciate a good bit of luxury living and history, you may want to stop by the Owens-Thomas House.

A prime example of English Regency architecture, the house was built in 1819 and is large enough to fill an entire block.

Designed by an English architect, the home was built by a Bermuda merchant, and then later purchased by a congressman.

The house has hours that are just a little odd, so you may want to check them out before you head over.

Also on the house’s block are the carriage house, the parterre garden and one of the earliest intact urban slave quarters.

The oldest art museum in the South, the Telfair Museum is housed inside a classical Regency mansion, designed by an English architect and purchased by the son of the Georgian governor.

The home was completed in 1819, and it stayed within the same family until 1875, when the last surviving member of the Telfair family left the home and all of its furnishings to the Georgia Historical Society.

The grand opening was a superb affair, attracting famous faces such as Jefferson Davis.

Additionally, the museum houses the largest public collection of paintings by Kahlil Gibran, more than 80!

The Cathedral of St. John the Baptist on Memorial Day

Called the most impressive building in all of Savannah, the Cathedral of St. John the Baptist certainly will make your jaw drop.

Towering spires and stained glass take your breath away, whether you’re attending a religious mass, or enjoying a guided or self-guided tours on Memorial Day.

These tours are available 9-11:45 a.m. and 12:45-5 p.m., Monday-Saturday, for the very affordable price of just $2. The cathedral was built where it now stands in 1876, but a historic fire destroyed much of what was there in 1898. In just two years, the cathedral was rebuilt, and now it stands to represent the tradition of faith within Savannah.

It calls itself one of the Top 10 historic sites to visit in the United States, and it welcomes hundreds of thousands of tourists every year.

The oldest continually operating theatre in the United States, The Historic Savannah Theatre was built in 1818, opening in December with a comedy.

Now, the square where it sits, Chippewa Square has become a huge part of Savannah nightlife and entertainment, mostly because of the theatre.

Now, while the theatre does offer nightly shows, it also offers something else for cinema geeks.

Right outside, sits a bench where several scenes of the movie Forrest Gump was shot.

This is a hugely popular spot for photos on your visit on Memorial Day, now, as you can probably imagine. 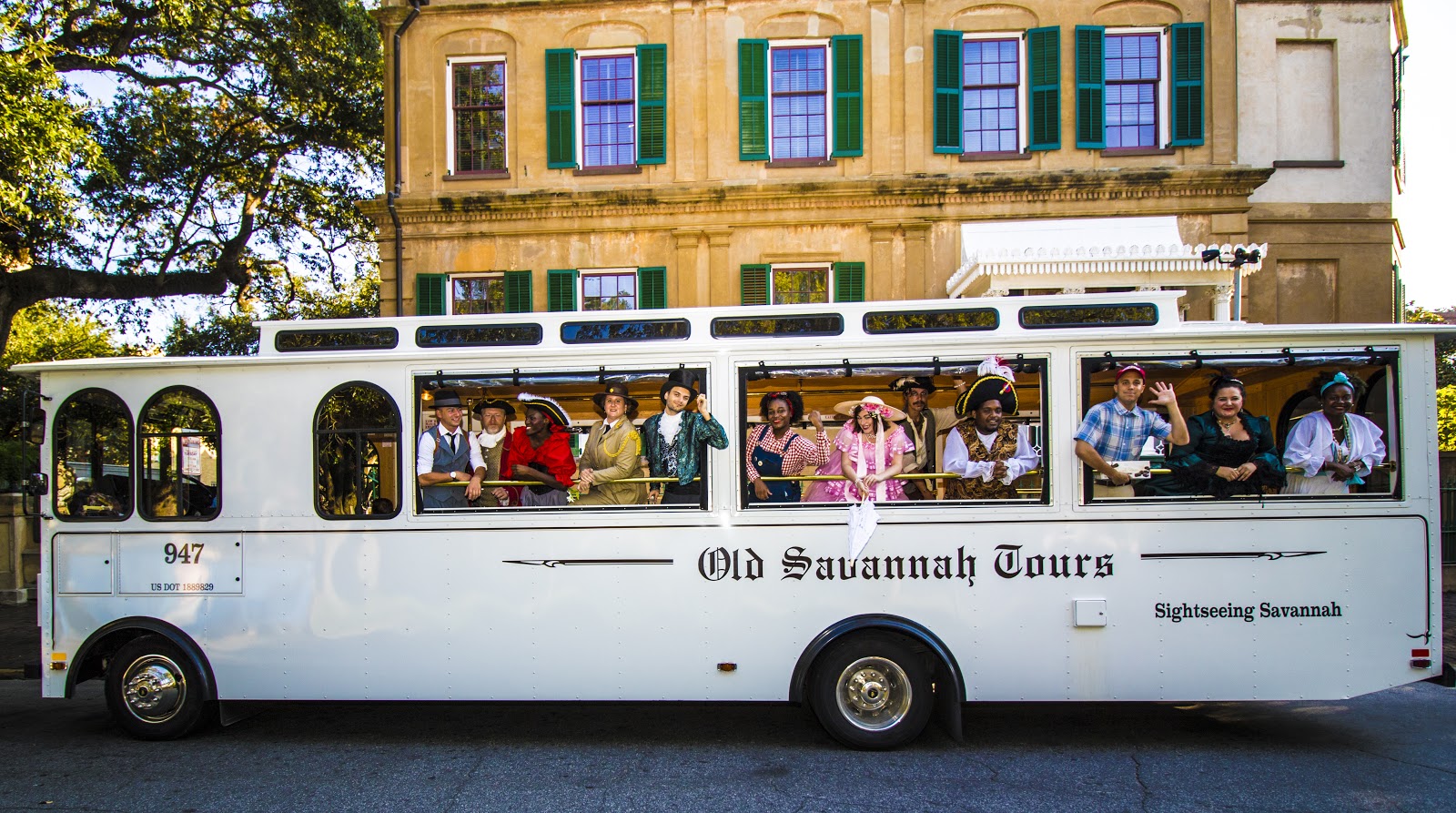