Things to do on Memorial Day > Sacramento

8 Fun Activities to do in Sacramento on Memorial Day 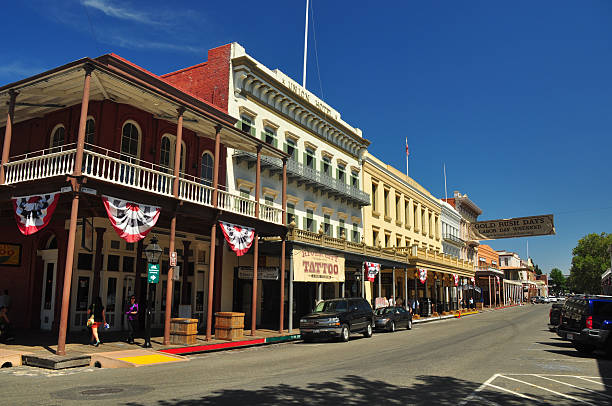 With more than 200,000 square feet of exhibit space, the California State Railroad Museum is among the world's largest railway museums. Located in Old Sacramento, this museum is one of the premier attractions in the city.

It houses restored steam locomotives and railway coaches dating from 1862 to 1944. Almost all the wagons can be viewed inside. Some cars are furnished, complete with dining place settings, which show the level of comfort once offered on the trains. You can walk through a sleeper car as well.

Exhibits focus on railroad history and other related topics. A few prominent displays touch upon the completion of the Transcontinental Railroad and the role early immigrants had in laying the first tracks. More broadly, the museum showcases the ways the railroad industry influenced California history.

During the summer months, the California State Railroad Museum operates trains along the Sacramento River. Riding aboard a historic steam locomotive or a vintage diesel train is sure to be one of the highlights of your visit during Memorial Day weekend.

One of the top places to visit in Sacramento during Memorial Day is the State Capitol building. This structure is an excellent example of Neoclassical architecture and was built in the 1860s. It underwent significant restoration in the 1970s, updating the Capitol to modern building code and preserving some of the most historic rooms.

Today, the California State Capitol is the center of state government and also operates as the California State Capitol Museum. The public is welcome to tour the historic halls throughout the week. A few of the preserved rooms in the museum include the governor's main office and the 1906 treasurer's office. Other historic attractions include portraits and various other artworks, as well as antiques.

The Capitol building itself is an eye-catching attraction. But the adjacent colorful gardens extending several blocks, comprising Capitol Park, make it the most beautiful among Capitol complexes in the United States. Tall palms and numerous other species of trees and plants line the pathways, and several monuments stand out against the foliage.

Since December 1988 a bronze group sculpture, the Vietnam War Memorial, has stood in the northeast part of Capitol Park (L and 15th Street); its construction was entirely funded by donations, and it commemorates those who sacrificed their lives in the longest war involving the USA.

The Crocker Art Museum holds an impressive collection of California art from the Gold-Rush era until the present, as well as European paintings and drawings and American photography.

The original collection, which still forms the backbone of the museum, was donated by Margaret Crocker. This private collection was assembled by Judge Edwin B. Crocker from 1868 to 1872. The museum's main building is a grand Italianate Victorian-era mansion, a California Historical Landmark listed on the National Register of Historic Places.

In addition to the Victorian house, the Crocker Museum of Art displays some of its collection in the contemporary Teel Family Pavilion, which opened in 2010 and tripled the original museum's size.

For children (age five and under) the museum's Tot Land area is a delightful space devoted to playful activities and hands-on creative installations. The museum also offers Art Camp classes for children and painting classes for adults.

During summertime, the museum hosts music concerts and a film series; movies are shown in the outdoor courtyard.

Old Sacramento covers eight blocks (28 acres) of historic buildings along the city's waterfront, designated as a National Historic Landmark. Some of the Gold Rush-era structures are now part of the Old Sacramento State Historic Park, including the Eagle Theater built in 1849, the B. F. Hastings Building (circa 1853), and the Big Four Building dating to 1855.

Old Sacramento includes more than 50 historic buildings, mostly from the 1850s, which represent the city's original commercial district, an area that once thrived thanks to the commerce propelled by the Pony Express and the transcontinental railroad.

The buildings are still occupied by over 125 locally owned shops, restaurants, hotels, and museums, which makes the area appealing for tourists. Expect crowds of people filling these historic streets, window shopping, and being guided by the senses. It's a fun area to wander and soak in the history of the area.

Fun things to do in Old Sacramento on Memorial Day include taking a jaunt in a horse-drawn carriage, boarding a riverboat excursion, or climbing aboard a vintage locomotive for a railroad ride. And the California State Railroad Museum and Sacramento History Museum are nearly neighbors in Old Town, each offering a first-class museum experience.

Originally, this area was seen as a great commercial center for the new city in the mid 19th century. However, floods proved to be a serious problem, and the city was raised by adding earth to this low-lying area. Eventually, the focus of the city center shifted, and this area had become an impoverished red light district. In the 1960s, the area underwent redevelopment, which led to the creation of what can be seen here today.

Sutter's Fort Museum stands on what was once the site of the first outpost of the white man in California, set up by the German-Swiss immigrant Johann August Sutter in 1839. The adobe house built in the same year has been restored in the original style, and houses relics of the pioneering and gold-rush period.

Today, the replica fort surrounding the adobe house sits near the center of the city in Midtown, approximately 1.5 miles east of the State Capitol. Visitors pay a small fee to enter the state historic park and start touring the display rooms. Rangers set up next to several of these displays, offering additional information about the exhibit.

Of note are items related to the town's founder, whose estates reached as far as the other side of the American River near Coloma. After gold was discovered, Sutter was literally overrun by gold-seekers, to such an extent that he was forced to flee.

The California Automobile Museum displays a collection of more than 120 vintage automobiles dating from 1885 to current times. The museum has an extensive collection of Ford cars, with models from 1904 to 1969. The extensive assortment of classic and modern vehicles on display shows the development of American automobiles over the past 130 years.

Special exhibits presented throughout the year focus on various themes, such as California car culture, pickup trucks, camping, and road trips. Visitors on Memorial Day can also participate in the museum's lively events, including a summer series of Drive-in Movie Nights. The museum also offers Sunday Drives on the third Sunday of each month.

A popular recreational destination for families with young children, Fairytale Town is a storybook-theme park with 25 play sets based on fairy tales and nursery rhymes such as Cinderella, Humpty Dumpty, Mother Goose, and Peter Rabbit.

The park also has gentle farm animals, which children can visit during Memorial Day. Eeyore the miniature Sicilian donkey (a character in Winnie the Pooh) and Maddie "the Cow that Jumped over the Moon" are among the favorites.

Other highlights of FairyTale Town include the learning gardens, puppet shows, music performances, and the collection of 20 "magic story boxes" that tell stories through narration and songs.

Animal lovers will enjoy visiting the Sacramento Zoo on Memorial Day, home to more than 500 exotic animals, from aardvarks and African lions to giraffes and jaguars, as well as more than 200 reptiles. A few other favorite residents include red pandas, snow leopards, and various primates like chimpanzees and orangutans.

The 14-acre zoo also has 14 different aviaries, which provide shelter to 35 species of birds. Many of the zoo animals are rare and endangered. As a way to support wildlife protection, the zoo is involved in local and international conservation projects.

Plan some of the day to enjoy the surrounding William Land Park, better known as Land Park. Alongside the zoo, it's home to Fairytale Land and extensive parkland. The park's several paved and dirt trails are a pedestrian favorite, passing by scenic landscape features like ponds and gardens. 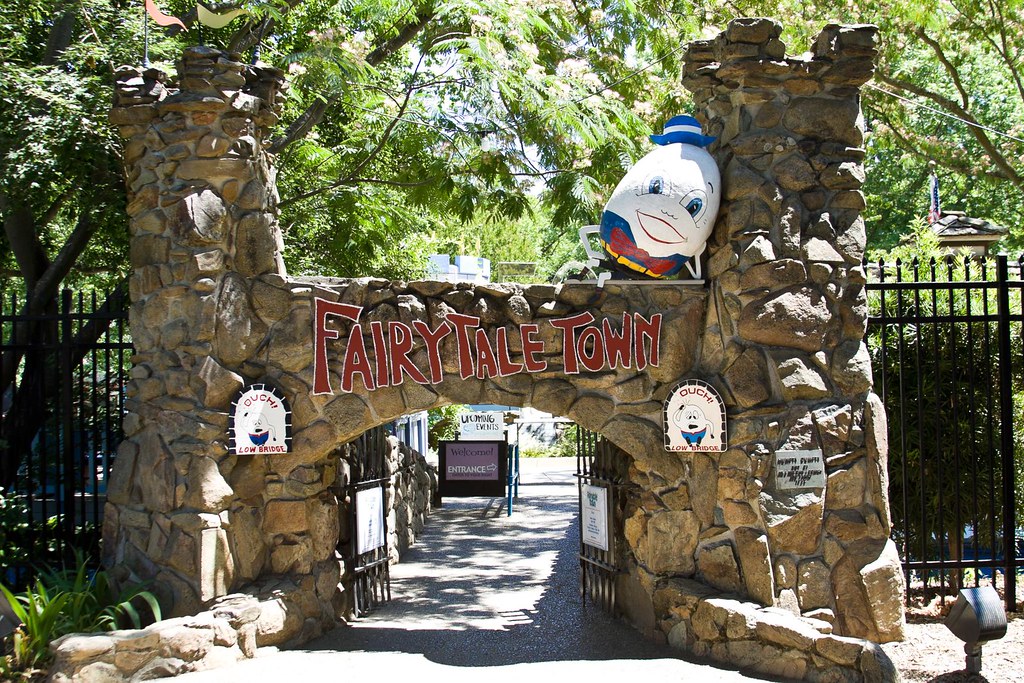 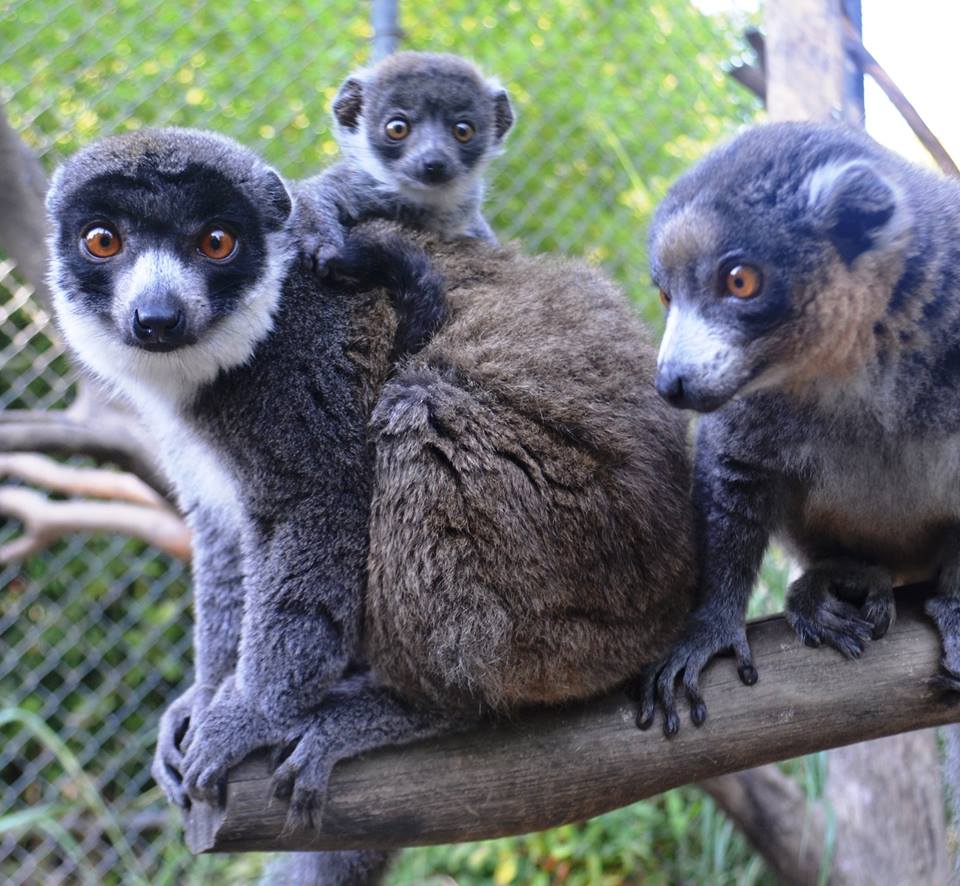