Things to do on Memorial Day > Pensacola

10 Popular Things to do in Pensacola on Memorial Day 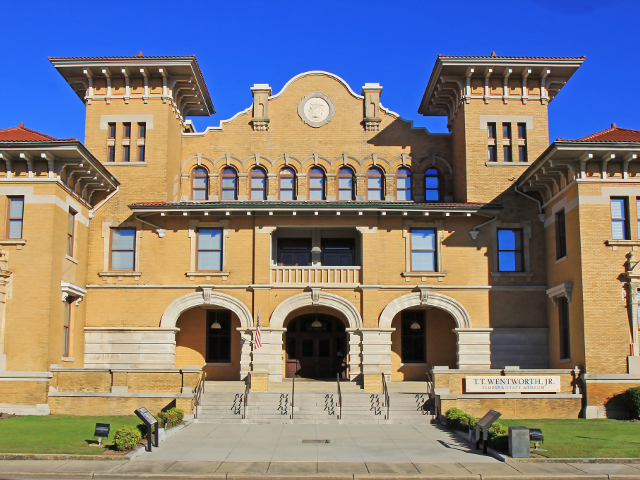 Imagine beautiful – and empty – beaches stretching for 160 miles from the Florida Panhandle into Alabama and Mississippi. Imagine the calls of seabirds, the soothing sounds made by the wash of blue-green water onto beaches of fine white sand, and the caress of tropical breezes on your face. Imagine a place where all the cares and stresses of the outside world melt away, and where you can revel in the simple joys of life again.

Well, it can all be experienced at Gulf Islands National Seashore, just mere minutes from downtown Pensacola. Along this strip of peaceful pleasures are trails and uncrowded campgrounds, kayak spots (and rentals), historic forts, and plenty of wildlife. Once here, it's the kind of place you'll find hard to leave during Memorial Day visit.

Pensacola, in conjunction with the University of West Florida has done an excellent job of researching and restoring the city's history. The best example of this is the delightful Historic Pensacola Village (also known as the Seville Historic District), which consists of 28 beautifully restored buildings, four museums, and the chance to walk in the footsteps of the pioneers.

The Pensacola Museum of History (formerly the T.T. Wentworth Jr. Museum) takes you on a wild ride through the cast of characters and countries that have made Pensacola what it is today. The Children's Museum makes history come alive – interactively – for the younger set. At the Museum of Commerce, you can walk along an 1890s street and step inside a trolley car.

The Museum of Industry depicts this city's transformation from a tiny wilderness outpost to a manufacturing and transportation center. Also worth checking out are Voices of Pensacola and Old Christ Church, listed on the National Register of Historic Places.

Best of all, your ticket to all these attractions entitles you to come back for free any time within seven days. Guided tours are also available on Memorial Day.

Palafox Street is one of the best pedestrian areas in the city of Pensacola. Wide sidewalks, covered in many areas, front a variety of shops and restaurants. Shaded tables line the sidewalks, making this a great spot to grab a quick, or long, lunch and catch up on the latest news with friends.

Although Palafox Street runs for quite some distance, the main area of interest to tourists, with the greatest concentration of retail establishments, is south of Garden Street down to Main Street.

Every Saturday, no matter the weather, the Palafox Market springs to life from 9am to 2pm in Martin Luther Square. This free attraction is full of local vendors selling items they have made during Memorial Day visit. Highlights include fresh produce, baking, meats, specialty cheeses, and of course, sweets. Other items for sale include handmade soaps, unique artwork, antiques, and aromatic fresh-cut flowers.

Pensacola's barrier islands are a treasure trove of history. Fort Pickens, completed in 1834, played an important role in defending the shipyards of Pensacola Bay. Over the years, the fort was repurposed for other military duties, but today the massive guns are silent.

A trip during Memorial Day to Fort Pickens from downtown Pensacola takes about 40 minutes across two scenic bridges and past countless spectacular beaches. At the site, you'll find a wide-open area with walking trails throughout the remains of the fort. It's a peaceful spot and rarely busy.

One of the best views is from the top of the walls on the right-hand side, just look for the large cannon. The route up is not immediately apparent; you'll need to walk under the arches and locate the staircase in behind.

Other areas around the fort that are worth a quick look include the fishing pier and the Fort Pickens Discovery Center.

A short drive over two bridges from downtown brings you to the community of Pensacola Beach. This is where you'll want to be if you are looking for sun, surf, and sand. One of the best spots to soak up all three is at Casino Beach. Easy parking and a lively scene draw day-trippers and locals to this spectacular stretch of sand. Other beaches in the national park may be more beautiful, but Casino Beach has all the things they don't offer, including restaurants, beach chair rentals, and retail shops.

Set up your beach gear and settle in for a day of looking out over refreshing waters of the Gulf of Mexico. Here, the water is shallow for a fair distance from shore, making it ideal for wading or for those who are less than confident in their swimming abilities.

For a diversion from the beach, grab your hat and sandals and stroll out to the end of the pier for fantastic views up and down the coast on Memorial Day.

Pensacola's proximity to the fertile waters of the Gulf of Mexico ensure that fresh seafood is on the menu at most local restaurants. One of the best spots to enjoy this fine fare is at the Grand Marlin of Pensacola Beach. Spectacular views out over the water make dining here a pleasure. Reserve a table on the covered outdoor dining area, and enjoy the cool sea breezes as you dine and catch up on news with your friends on Memorial Day weekend visit.

For a fun dining experience, swing by Flounder's Chowder House. You'll know you've found the place when you see the giant rusty old boat in front. Here, you can dine with your toes in the sand, on a patio, in a covered open-air area, or inside in the air-conditioning. Huge platters of deep fried everything may have you starting a diet after your visit.

For a good mix of restaurants that include everything from Thai food to pizza and traditional North American fare, head down to Palafox Street.

Perdido Key, located about 30 minutes southwest of downtown Pensacola, is another major resort and beach destination near town. Here, white soft-sand beaches stretch for miles and miles to the east and west.

Perdido Key is also home to Perdido Key State Park. The park was badly damaged by Hurricane Sally in 2020 and is still recovering. If you continue west along Highway 292, you will eventually end up in Alabama.

Most of the accommodation on Perdido Key is in the form of high-rise condominium towers or large multi-level homes.

Enjoy a Performance in Pensacola

Culture vultures will be in their element in Pensacola. One of the most delightful surprises of a visit here on Memorial Day are the extensive arts and cultural options available.

For a mid-sized city, Pensacola is blessed with not only a fine assortment of museums and galleries, but also a symphony, ballet, live theater, and even an opera. This thriving arts scene is well supported by an appreciative and culturally aware local population.

Performances take place all yearlong and are the highlight of the local social calendar.

Situated on a rise above downtown Pensacola is the leafy and pleasant residential area known as North Hill. If you are a fan of architecture, you'll be pleased to know the area is full of wonderfully restored homes dating from the late 19th century. Park your car on any one of the side streets and wander the cobblestone roadways, or sign up for a tour of the neighborhood.

Some of the more impressive homes include the W.F. Creary House, the J.S. McGauhy House (aka Hopkins House), and the Andrew F. Warren House. The St. Cyprian's Episcopal Church, dating from the 1930s, is also worth a quick look on Memorial Day.

Catch a Memorable Performance at the Saenger Theatre

For a night in the Roaring Twenties, catch one of the singing, musical, orchestral, lecture, or theatrical performances at what locals call "The Grand Dame of Palafox Street." The Saenger Theatre was built in 1925, in the midst of the opulence and excess that preceded the Great Depression, and featured many of the world's greatest stars.

Fifty years later, after being used for years as a movie theater and in a state of neglect, the Saenger closed down. It later underwent extensive renovation and expansion and re-opened with the same glorious ambience that it had in the old days.

Today, it again hosts world-famous performers. You can see them in one of America's cultural gems, and just outside the door, Palafox Street has some wonderful shops. 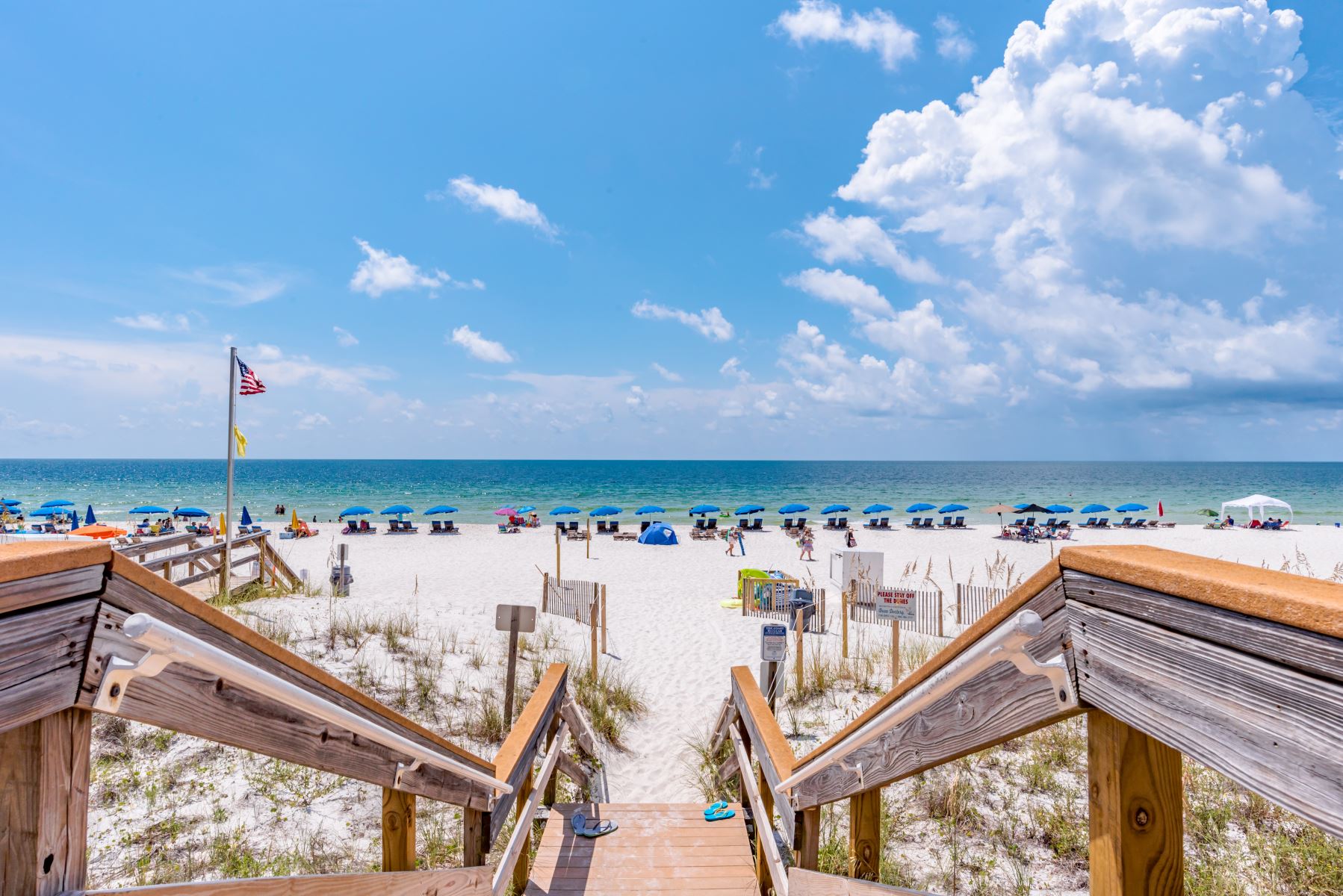 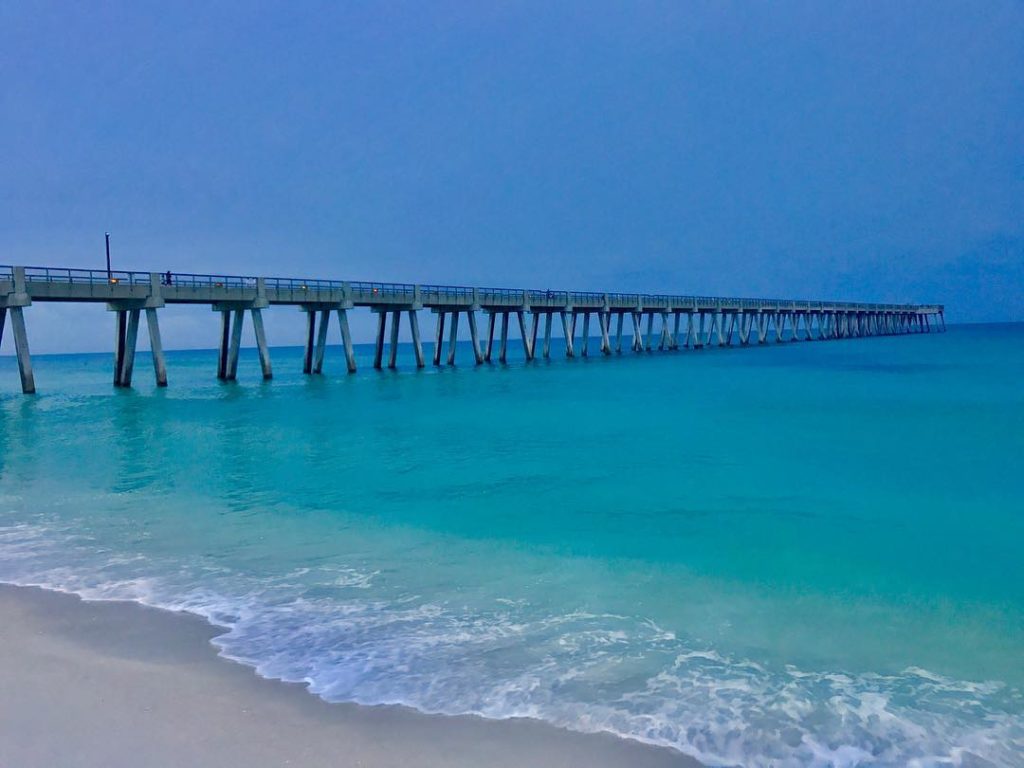