Things to do on Memorial Day > Fort Worth

10 Cool Activities to do in Fort Worth on Memorial Day 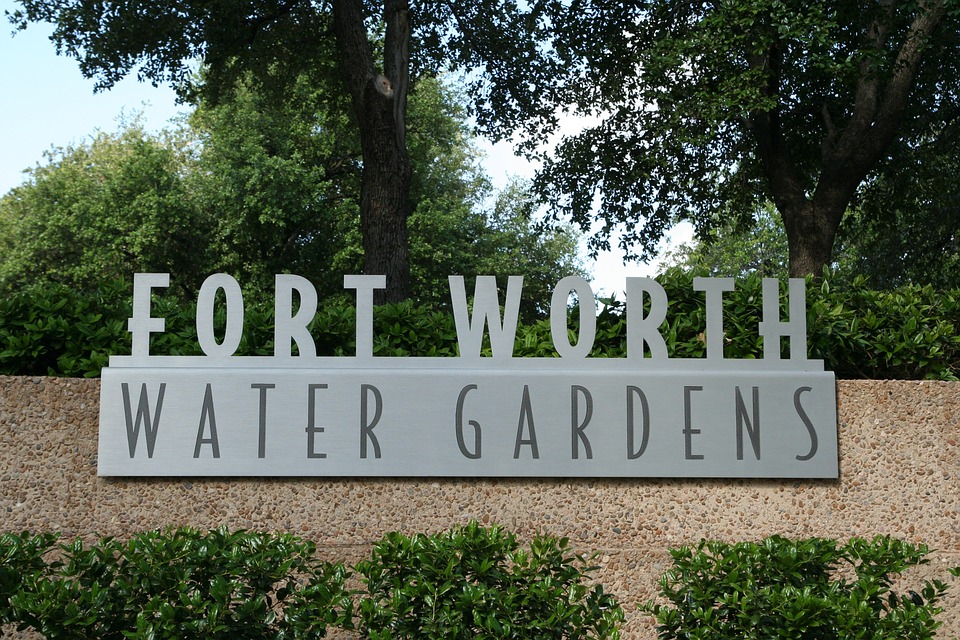 Memorial Day Weekend in Fort Worth

Despite their close proximity to the center of town, the fabulous Fort Worth Water Gardens feel a million miles away from its bustling downtown. Often described as a ‘cooling oasis in the concrete jungle’, it has three pretty and peaceful pools for you to visit with its wonderful water features lying amidst a gorgeous green park.

Opened way back in 1974, the water gardens are the perfect place for locals and tourists alike to rest, relax, reflect and refresh themselves on Memorial Day weekend. While the meditation pool and its cypress trees invoke calm and quiet, the aerating pool is set in a scenic and serene spot beneath some shady oak trees. The garden’s standout sight however is its awe-inspiring active pool which has water coursing and cascading its way down lots of stone steps before reaching a picturesque pool down below.

As it is home to all things cowboy, from big brass belt buckles and BBQ to country music and cattle drives, no visit to Fort Worth can be complete without stopping by the Stockyards National Historic District on Memorial Day. Once a major livestock market, it is now a top tourist attraction with cowboy-themed shops and restaurants to be found alongside marvelous museums and interesting historic sights.

As well as having lots of remarkable renovated buildings to explore, the Stockyards is also home to everything from saloons and souvenir shops to corrals and nightclubs. Absolutely everything in the area showcases the city’s cowboy culture with the Texas Cowboy Hall of Fame also looking at its history and heritage. Besides enjoying the lively ambience, guests can watch cowboys rope and race at Cowtown Coliseum and see the Fort Worth Herd be driven through the Stockyards’ scenic streets.

A lovely lively yet laidback place to visit and explore on Memorial Day, the sprawling Sundance Square encompasses 36 blocks right in the city center. As well as boasting lots of beautiful old buildings and attractive architecture, its historic streets are lined with fun things for you to see and do with everything from shopping and dining to entertainment and nightlife being on offer.

While in the days of the Wild West the city’s downtown was home to saloons and gambling parlours, the vibrant area now instead has lots of fine restaurants and local boutiques to check out. Within its wonderfully well-restored historic buildings you can also find exquisite art galleries and hotels with numerous live theaters and music venues also dotted about. Add in its many bars and nightclubs and its plaza’s packed schedule of concerts, festivals and events, and it is no wonder at all that Sundance Square is so popular among both locals and tourists alike.

Set just to the south of the Kimbell Art Museum is the popular, pleasant and picturesque Fort Worth Botanic Garden. A very scenic and serene space, it is home to more than 2,500 types of flowers, plants and shrubs, it and has over twenty kinds of gorgeous gardens for you to amble about peacefully during Memorial Day visit.

The first botanical gardens to be opened in the whole of Texas, it remarkably dates all the way back to 1934 with its charming confines now sprawling over a huge part of the Cultural District. While sublime sections such as the Fragrance Garden and Rose Garden certainly look a treat, the highlight is undoubtedly its tranquil Japanese Garden. Here you will find bridges, pagodas and waterfalls as well as a traditional teahouse all centered around three ponds teeming with koi.

One of the most popular places to visit in Fort Worth on Memorial Day among both locals and tourists alike is the exquisite Kimbell Art Museum. Also located in the city’s Cultural District, its small yet impressive collection of artworks is a treat to peruse with even the museum’s modern building being a critically acclaimed architectural marvel.

Named after the Fort Worth businessman and art collector Kay Kimbell, its captivating collection includes astonishing artworks by everyone from Matisse and Michelangelo to El Greco, Rembrandt and Van Gogh. Almost as breathtaking as all the phenomenal paintings and sculptures is the brilliant building itself which has a very unique design. Due to all of its skylights, its elegant galleries are always bathed in natural light which only adds to the museum’s appealing and attractive ambience.

If you’re after an exhilarating experience when in Fort Worth on Memorial Day, then you can’t beat going to watch a race at the Texas Motor Speedway. Over the course of the year, the state-of-the-art speedway hosts lots of exciting events with the NASCAR Cup Series, and IndyCar Series being the biggest and best of them all.

Opened in 1996, the remarkable racecourse has a closed-circuit quad-oval layout with its sheer and banked turns only adding to the excitement. Besides all its roaring races and numerous NASCAR competitions, the speedway also hosts the occasional Monster Truck show or motocross race on its dirt track facility. In addition to watching an epic race, you can actually go for an unforgettable ride around the speedway in a race car yourself.

Situated just ten minutes’ drive to the southwest of the city center is one of its top tourist attractions – the fantastic Fort Worth Zoo. A very fun and family friendly place to visit during Memorial Day, it boasts an incredible array of native and exotic animals with its massive menagerie now numbering over 7,000 in total.

Regularly ranked among the best zoos in the nation, its expansive exhibits are home to everything from lions and tigers to bears, gorillas and orangutans. As well as seeing them up close and personal, you can also learn all about the marvelous mammals and their natural habitats through its delightful displays. Besides the terrific Texas Wild and outstanding Australian Outback areas, the zoo is also known for its successful flamingo breeding colony and its two types of Rhino species.

Yet another of the Cultural District’s many magnificent museums is the awe-inspiring Amon Carter Museum of American Art. Home to a simply staggering collection of some 150,000 or so artworks, its extensive galleries include everything from drawings and sculptures to paintings, photographs and prints.

Named after the successful Texan oilman and art collector Amon Carter, it was established in 1961 and originally focused on portrayals of the Old West in American artworks. While the superb works of both Frederic Remington and Charles M. Russell still take pride of place, the museum’s scope has expanded considerably since those early days. Now you can find mesmerizing modernist pieces and fine art photographs alongside phenomenal portraits and landscapes of the Old American West. Must visit on Memorial Day with family and friends.

Bureau of Engraving and Printing

One of only two such sites in the whole of the States, it is at the Bureau of Engraving and Printing that much of the nation’s money is printed. Nestled on the northern outskirts of the city, the heavily guarded facility has some terrific tours for you to take that offer up an interesting insight into the history, design and production of America’s paper currency.

Due to the demand for increased production, the Fort Worth facility was founded in 1987 to serve the Western United States with fresh bills. On the self-guided tour, you can learn about the intricate art of currency manufacturing as well as see the presses in action and an antiquated old engraver’s bench. Besides its interactive exhibitions, there is a film to watch on the history of the dollar and a souvenir shop selling uncut currency sheets to stop by.

Modern Art Museum of Fort Worth

Boasting a colossal collection of some 3,000 contemporary and modern artworks is the marvelous Modern Art Museum of Fort Worth. Set in the city’s Cultural District, it showcases lots of striking paintings, photos and sculptures with its focus being on the post-World War II era.

First opened back in 1892, the museum now occupies a breathtakingly beautiful building that appropriately exhibits some amazing modern architecture. Within its five pretty pavilions are lots of gorgeous galleries for you to explore that are home to arresting artworks by famed figures as Francis Bacon, Pablo Picasso and Andy Warhol. The museum also has a lovely sculpture garden to wander around which offers up fabulous photos of its building reflected in the ponds surrounding it during Memorial Day visit. 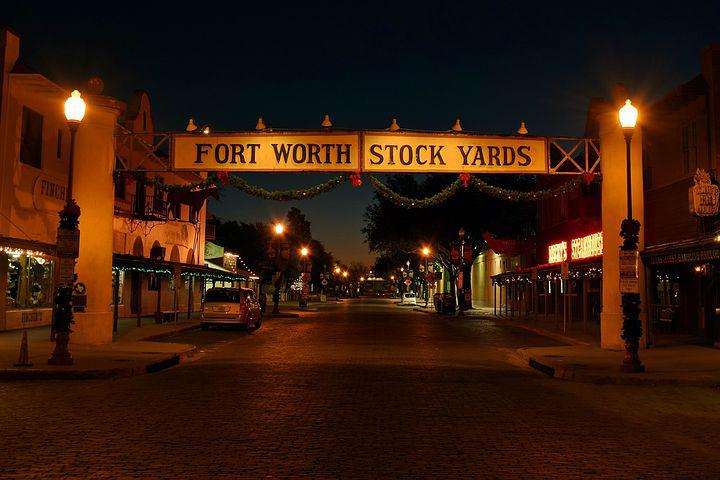 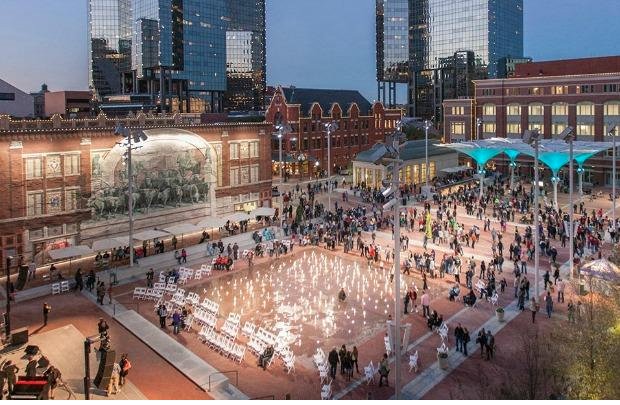