Things to do on Memorial Day > Columbus

8 Amazing Things to do in Columbus on Memorial Day 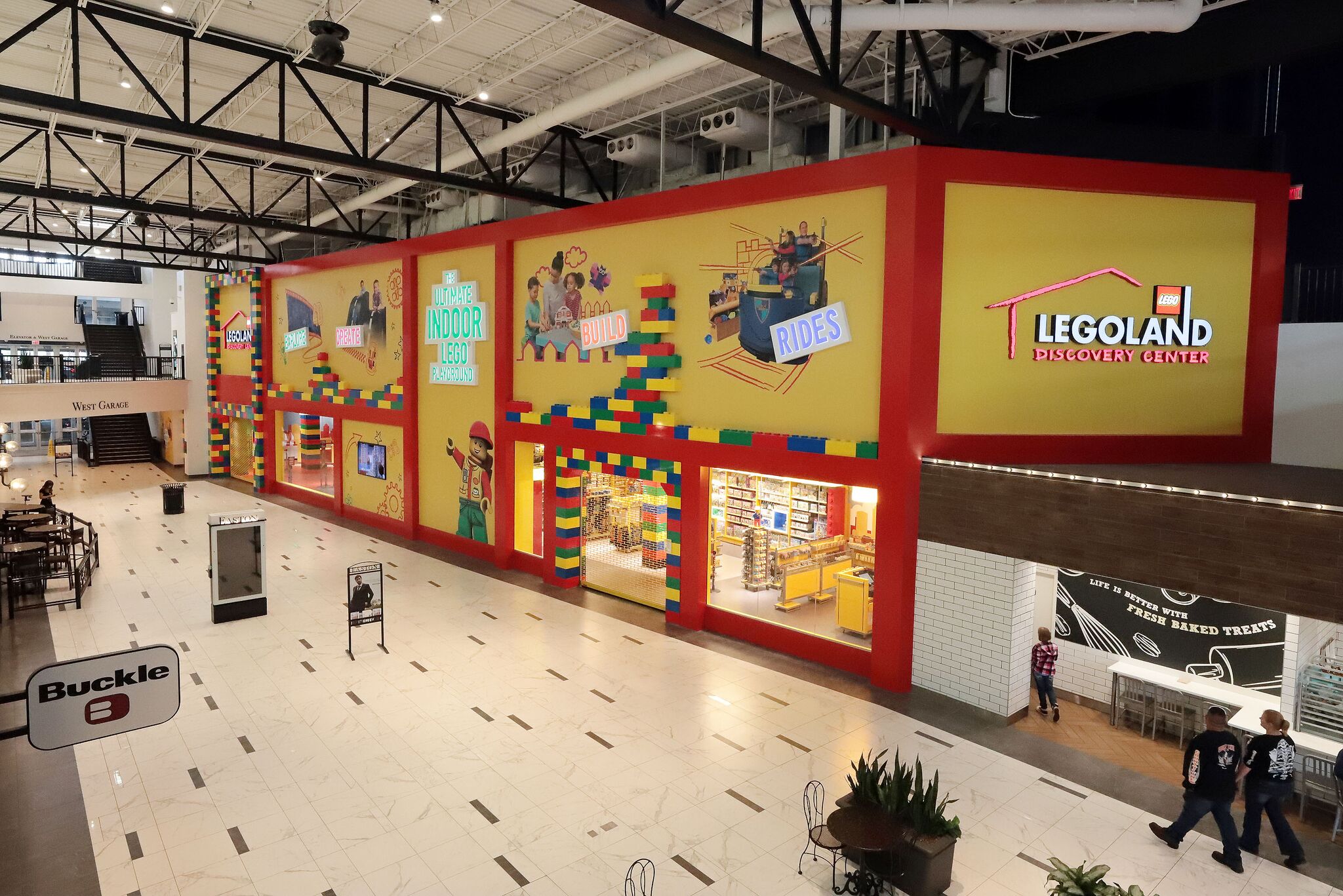 During Memorial Day everything in COSI is interactive for kids and it makes learning about health, science, energy, weather, and mathematics fun. There are several floors to explore and exhibits like the Big Science Park, where kids can test their strength by lifting a 2,437-pound car.

Be sure to visit the planetarium, where you can learn about the solar system beneath a 60-foot dome and try the High Wire Unicycle which suspends riders two stories in the air as they ride across an 84-foot cable.

If hunger strikes during your visit, the kids will enjoy the fun and healthy snacks available from COSI's Atomic Café like the "Do-Re-For-Me" peanut butter and jelly sandwich, shaped like a piano. Or, you might want to pack a lunch to enjoy outside on the riverfront and get a perfect view of the Columbus skyline.

The Franklin Park Conservatory is an exciting place to visit with kids on Memorial Day, as they learn about every biome in the world in one place. Walk from the glass-dome Palm House and see rare varieties of palm species.

Then explore the tropical rain forest and the desert. Some of the best times to visit are during the Blooms & Butterflies exhibit in the spring or during one of the workshops that are offered for things like cooking classes that take place with the tropical setting as a backdrop.

A must-see for kids is the Scotts Miracle-Gro Foundation Children's Garden outside, which has two acres of hands-on and crawl-on activities for kids as they learn about the Ohio landscape. The Franklin Park Conservatory also offers classes for kids that range from nature school to gardening.

The Legoland Discovery Center is an indoor playground for everything Lego. It is located at Easton Town Center shopping and entertainment complex. Kids can explore LEGO building zones where they let their imaginations go wild with new creations and they can go on a behind-the-scenes tour and learn how the Lego blocks are made in so many shapes and colors.Kids can strap on a pair of goggles and experience a 4D cinema that combines 3D LEGO films with wind, snow, and rain for an immersive experience. One of the most exciting things for kids is being able to interact and learn from a LEGO master builder and put their new skills into practice.

The Ohio History Center is one of the best points of interest for kids visiting Columbus on Memorial Day. The center has several floors of exhibits that explore Ohio's history, from prehistoric times to the present-day, showcasing important milestones in American culture along the way.

Located outside next to the center is the Ohio Village, a living history museum of what a village in the state looked like in the 1800s. Kids can interact with period actors at the blacksmith barn or dress up in vintage costumes for a black and white photo.

Kids will enjoy the hands-on experiences in the Ohio Village, like playing with vintage toys. They can even deliver a speech from the steps of the Town Hall using a script written in the language of the time period.

Enjoy the outdoors with your kids in downtown Columbus at the Scioto Mile during Memorial Day, which runs alongside the Scioto River. A series of parks, walkways, and bike paths connect the downtown areas of the Arena District, riverfront parks, and the Whittier Peninsula.

There are eight parks to enjoy along the Scioto Mile, from Genoa Park and North Bank Park to Bicentennial Park, which is a popular place for summer concerts. The 1500-square-foot splash pad at Bicentennial is popular with kids, especially during hot summer days. The jet spray launches 75 feet into the air.

The Scioto Mile has a paved pathway great for walking along the river with the Columbus skyline in the background. You can even rent kayaks at the river, or take a guided tour on the water.

If you are looking to sweeten things up during a visit to Columbus on Memorial Day, a tour of the Anthony-Thomas Candy Factory is in order. The famous candy company is based in Columbus, and the doors are open to visitors who want to see how the company cranks out 30,000 pounds of chocolate on every shift.

During the free tour, kids learn about the history of the candy company and they get to see the production in progress. You cannot head home without a sample of the famous Anthony-Thomas candy buckeye.

The Ohio Statehouse is both educational and fun, even if you are not from Ohio. There are free tours throughout the day that take you through the building and showcase the stunning architecture.

If you visit during the fall, you can go on a family-friendly ghost tour of the Statehouse and learn about the alleged sightings of Abraham Lincoln.

Spend some time walking the grounds of the statehouse square, where kids will see many sculptures that have significance to Ohio's history, and many hidden surprises, like a beehive apiary tucked away in the landscaping.

The Columbus Commons is a beautiful green space in the center of downtown. It is where many events and festivals take place, including outdoor family movie nights in the summer. There is a regular schedule of free public concerts and family fun days that you can enjoy.

During non-event days, the Columbus Commons is an exciting place to visit to enjoy a ride on the merry-go-round or grab lunch from a local food truck and picnic outdoors. There are regular free events, like exercise classes and kid-focused Family Fun Days, which are great times to visit during Memorial Day weekend. 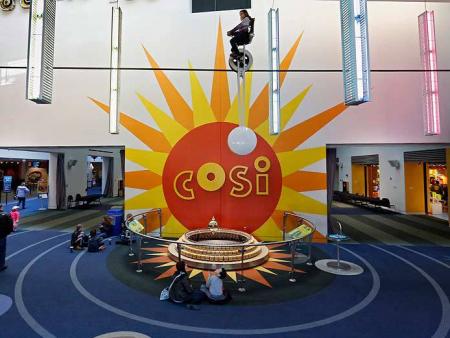 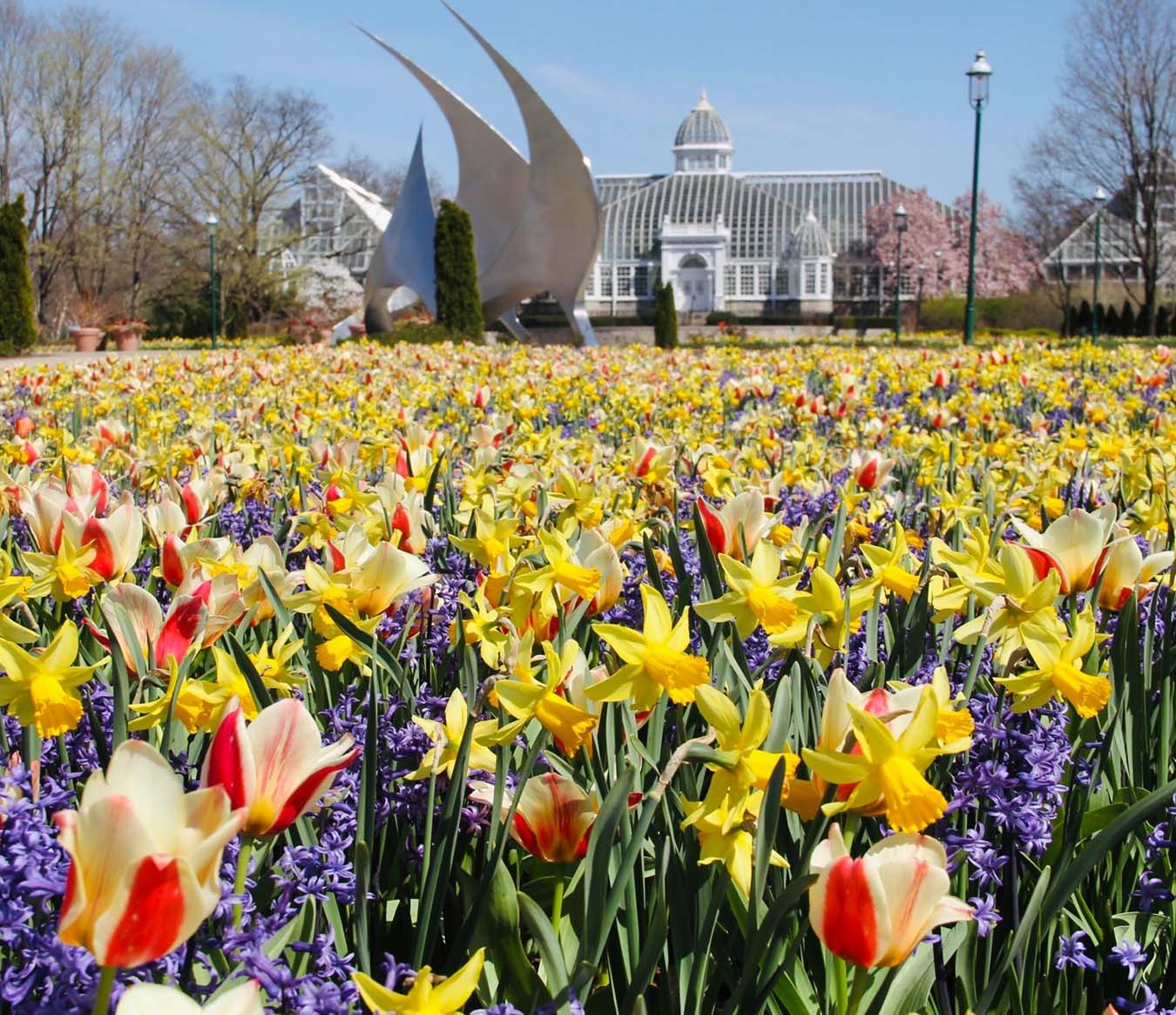